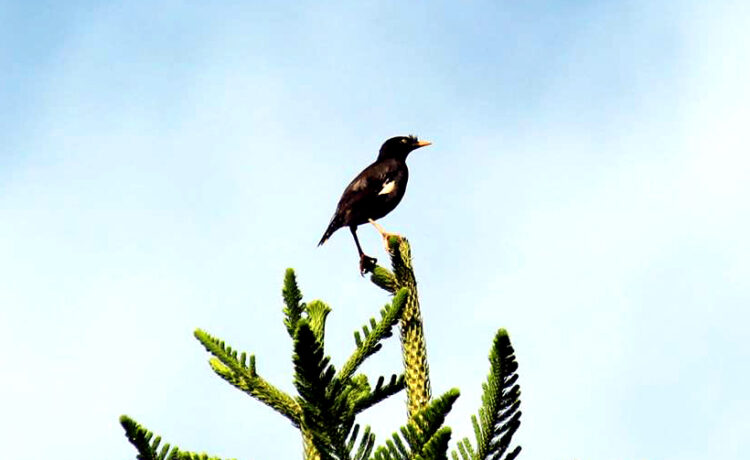 A Bird Watching Experience described by Mr. Peter Lobo when he visited our resort,Brahmaputra Jungle Resort

A few hours trail from Brahmaputra Jungle Resort could be awarding with a list of 50+ bird species in a span of two hours. The birds around the Resort are not shy enabling good sighting.

As we ventured further we saw another speciality Spot-throated Babbler followed by the sighting of the Rufous-necked Laughingthrush, and then the Great Tit above our heads chirping to glory and far down as we reached an encatchment of water were two White-breasted Waterhen demonstrating on a rock to disappear as they sighted us but not until we had some great views not to forget the screeching of the White-throated Kingfisher not happy because we were intruding into his territory.

As we walked along the sun was slowly starting to rise and with it came the early morning light? And then swaying around us were the Green Bee eaters busy with their insects. We did not realize the time as we looked at our watches it was already one hour of bird-watching and we had down about 20 species of birds.

But as we had decided that we would have only two hours of birding so we did a roundabout back trekking to the resort we came across a barking deer on our path, on the way we had a hot cup of tea which Tridib had organised and on a rock at 200 meters we had some packed breakfast, really what a morning! A bagful of 35 species of birds in just two hours! Sounds interesting isn’t it, well try it out when you are there and experience the natural beauty around Brahmaputra Jungle Resort. The Bird Watching experience was indeed a delightful one.

Mr. Peter Lobo – Peter has been working as a naturalist and birding guide for specialist birdwatchers in NE India for more than 10 years and is a stalwart in this profession. He studied Ornithology from BNHS and is a member of a host of organizations. Peter is currently the Proprietor of Adventure Gurudongma and is putting efforts in capacity building of the local birding guides.